In the era of Covid-19, everyone must protect their mental health and get help if they need to learn how to cope with uncertainty, it’s more important than ever that everyone be there for each other and take steps to prevent suicide.

National Suicide Prevention Week is the Monday through Sunday from September 6th to the 12th surrounding World Suicide Prevention Day on September 10th. It’s a time to share resources and stories, as well as promote suicide prevention awareness.  The annual week-long campaign is in the United States to inform and engage health professionals and the general public about suicide prevention and warning signs of suicide. By drawing attention to the problem of suicide in the United States, the campaign also strives to reduce the stigma surrounding the topic, as well as encourage the pursuit of mental health assistance and support people who have attempted suicide. 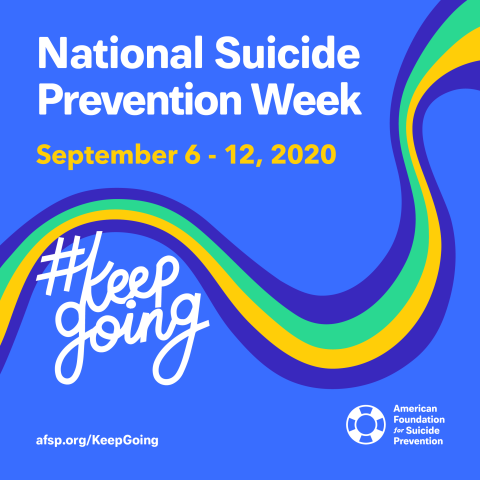 NYC Well has a staff of trained mental health professionals that can help callers find the most appropriate mental health and substance abuse services for their needs. Services include counseling, suicide prevention, crisis intervention, peer support, referrals to care, assistance in connecting to the referral, and follow-up services. NYC Well is free and confidential and operates 24 hours per day, 7 days per week via phone, text, and internet chat. NYC Well is multilingual and multicultural:

You can also text WELL to 65173 or go to NYC Well, an online resource for individuals, families and agencies in need of help and information.

You don’t have to be a mental health professional to make a difference. There are simple things that can be done to safeguard someone’s mental health.  NO one has to do it alone. and You can learn the warning signs for suicide and what to do if you are worried someone is struggling; you can start advocating for smart suicide prevention legislation, and start to have a #RealConvo about mental health. Also, talking about  bringing education programs to your community can make a real difference. We can all learn new ways to help each other save lives. Together, we #KeepGoing.

World Suicide Prevention Day is tomorrow September 10, It’s a day to remember those affected by suicide, to raise awareness, and to focus efforts on directing treatment to those who need it most.

You can help prevent suicide by learning the warning signs. The following signs may mean someone is at risk for suicide. The risk of suicide is greater if a behavior is new or has increased and if it seems related to a painful event, loss, or change.

Some of this information has been excerpted from the Suicide Prevention Resource Center.