What Can I Expect at a 12-Step Meeting?

A Broad Definition of Addiction

Addiction has long been understood to mean an uncontrollable habit of using alcohol or other drugs. Because of the physical effects of these substances on the body, and particularly the brain, people have often thought that “real” addictions only happen when people regularly use these substances in large amounts.

More recently, we have come to realize that people can also develop addictions to behaviors, such as gambling, and even quite ordinary and necessary activities such as exercise and eating. What these activities have in common is that the person doing them finds them pleasurable in some way.

There is some controversy about which of the “behavioral” addictions constitute scientifically validated “true” addictions, with both professionals and the public failing to reach an agreement. More research is needed to clarify this issue.

So If You Can Be Addicted to Anything, What Makes it an Addiction?

Although the precise symptoms vary from one addiction to another, in clarifying what is an addiction, there are two aspects that all addictions have in common.

Firstly, the addictive behavior is maladaptive or counter-productive to the individual. So instead of helping the person adapt to situations or overcome problems, it tends to undermine these abilities.

For example, a gambler might wish he had more money –- yet gambling is more likely to drain his financial resources. A heavy drinker might want to cheer herself up –- yet alcohol use contributes to the development of her depression. A sex addict may crave intimacy –- yet the focus on sexual acts may prevent real closeness from developing.

Secondly, the behavior is persistent. When someone is addicted, they will continue to engage in the addictive behavior, despite it causing them trouble.

So an occasional weekend of self-indulgence is not addiction, although it may cause different kinds of problems. Addiction involves more frequent engagement in the behavior. 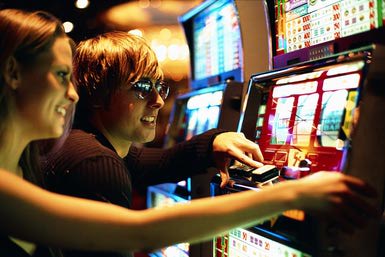 But If You Still Enjoy It, It Can’t Be an Addiction, Right?

Wrong. Because the media, in particular, have portrayed addicts as hopeless, unhappy people whose lives are falling apart, many people with addictions do not believe they are addicted as long as they are enjoying themselves, and they are holding their lives together.

Often people’s addictions become ingrained in their lifestyle, to the point where they never or rarely feel withdrawal symptoms. Or they may not recognize their withdrawal symptoms for what they are, putting them down to aging, working too hard, or just to not liking mornings. People can go for years without realizing how dependent they are on their addiction.

People with illicit addictions may enjoy the secretive nature of their behavior. They may blame society for its narrow-mindedness, choosing to see themselves as free-willed and independent individuals. In reality, addictions tend to limit people’s individuality and freedom as they become more restricted in their behaviors. Imprisonment for engaging in an illegal addiction restricts their freedom even more.

When people are addicted, their enjoyment often becomes focused on carrying out the addictive behavior and relieving withdrawal, rather than the full range of experiences which form the person’s full potential for happiness. At some point, the addicted person may realize that life has passed them by, and that they have missed out on enjoying much other than the addiction. This often happens when people overcome addiction.

What’s the Problem If It isn’t Doing Any Harm?

Addictions are harmful both to the person with the addiction, and to the people around them.

The biggest problem is the addicted person’s failure to recognize the harm their addiction is doing. They may be in denial about the negative aspects of their addiction, choosing to ignore the effects on their health, life patterns and relationships. Or they may blame outside circumstances or other people in their lives for their difficulties.

The harm of addiction may only be recognized when the addicted person goes through a crisis. This can happen when the addictive substance or behavior is taken away completely, and the person goes into withdrawal and cannot cope. Or it can occur as a consequence of the addiction, such as a serious illness, a partner leaving, or loss of a job.