Depression Diagnosis and Screening: What Doctors Look For

Why This Doctor Believes Addictions Start In Childhood

Understanding the root causes of addiction can help us to better treat it. 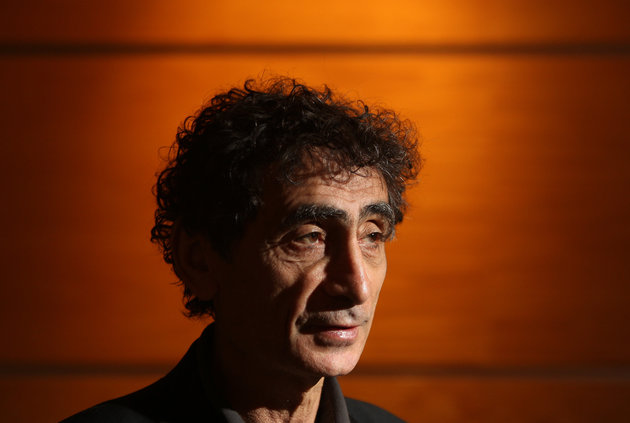 Renowned Vancouver physician Dr. Gabor Maté explains what he thinks we get wrong in treating addiction.

What causes drug addiction? One Canadian physician argues that the problem isn’t the drugs themselves.

Dr. Gabor Maté believes — based on research and his own experience working at harm reduction clinics in Vancouver’s Downtown Eastside, a poor area that has one of the worst drug problems in North America — that the root of addictive behaviors can be traced all the way back to childhood.

“Not all addictions are rooted in abuse or trauma, but I do believe they can all be traced to painful experience,” Maté wrote in his 2010 bestseller, In the Realm of Hungry Ghosts: Close Encounters with Addiction. “A hurt is at the center of all addictive behaviors. It is present in the gambler, the Internet addict, the compulsive shopper and the workaholic. The wound may not be as deep and the ache not as excruciating, and it may even be entirely hidden — but it’s there.”

There is increasing interest in the medical field around the potential lifelong health outcomes of adverse childhood experiences. At least one critic of Mate’s work has suggested that an exclusive focus on childhood harms is too limiting, and precludes “a more comprehensive and practicable view of addiction.” A great deal of research supports the link between childhood trauma and substance abuse risk. However, it’s important to remember there are many risk factors for addiction, including family history of addiction, mental illness and the use of habit-forming pharmaceuticals.

A long-outspoken proponent of mind-body approaches to health and disease, Maté has begun treating patients using ayahuasca, a hallucinogenic brew made from the bark of an Amazonian rainforest tree, which early research has shown could hold promise for treating addiction, depression and post-traumatic stress disorder. Because ayahuasca is a controlled substance, Health Canada has ordered that Maté refrain from using the substance in his work with addicts. The U.S. and other countries are continuing to examine its effects in observational studies, and while the findings are promising so far, the research is still young.

HuffPost Science caught up with Maté to learn more about his trauma-informed approach to understanding and treating addiction, and his optimism about the potential of ayahuasca and other psychedelics in therapeutic settings.

How do you define addiction?

It’s a complex process that involves brain, body, emotions, psychology and social relationships. The expression of addiction is any behavior where a person craves and finds temporary pleasure or relief in something, but suffers negative consequences as a result of and is unable to give up despite those negative consequences.

Addiction could be substance-related — alcohol, cigarettes, heroin or cocaine — but it could also be sex, gambling, eating, shopping, work, extreme sports, relationships, the Internet. It could be anything. So it’s not so much the activity per se but the question of, does it provide temporary relief or pleasure? Does it create craving when you don’t have it? Does it create negative consequences, and is it difficult to give up despite those consequences? If those are the case, it’s an addiction.

Does that mean that even something like heroin or cocaine isn’t inherently addictive?

In your view, what are some of the social or environmental factors that might make an individual susceptible to addiction?

The single factor that’s at the core of all addictions is trauma. By trauma I mean emotional loss in childhood, and in the case of severe addicts, you can see — and large-scale population studies show — that there is significant childhood trauma such as family violence, addiction in the family, sexual and emotional abuse, physical abuse, a parent being mentally ill or in jail. These adverse childhood experiences have been shown to exponentially increase the risk of addiction later on in life. That’s one set of difficult experiences.

There’s another set of difficult experiences that’s a bit harder to distinguish, and that’s not when bad things happen but when good things don’t happen. A child has certain fundamental needs for emotional development and also for brain development. If you look at the human brain, it develops under the impact of the environment. The potentials are genetically set, but which genes are turned on and off depends very much on the environment. So for example, in the case of addiction, the brain’s reward circuitry is impaired… the person’s circuits, which have to do with the chemical dopamine and which give you a sense of reward incentive and motivation, are not well-developed. Those circuits need the support of the environment to help them in their development, and the essential quality of the environment is a mutually responsive relationship with the parent or caregiver.

So in families where the parents are overly stressed or aren’t able to be emotionally present with the children, in the case of sensitive children, that can interfere with their brain development. The children will look for reward elsewhere. When we’re looking at psychological pain at the heart of all addictions and addictive behaviors, they have one intended purpose: to soothe pain or to escape from pain or stress. So whether we’re looking at the psychological side of addiction, which is needing to escape from pain or stress, or the brain physiology side, which is the underdeveloped reward circuits in the brain, we’re looking at the impact of childhood.

Would you say that addiction is a disease then, or is it just a coping mechanism?

That’s a complex question. Addiction has the features of a disease, if you look at it. Does it have dysfunctional physiological brain circuits? Yes, it does. Does it result in pathological effects? Yes, it does. Is it characterized by relapse? Yes, it is. But that doesn’t mean that it is only a disease. You can’t reduce it to a narrow medical model.

When we look at addiction as a physical disease, we don’t acknowledge the lived experience of the individual. The behaviors are just symptoms, they are not the core.

And I would argue that this is true even of cancer or asthma or autoimmune disease: What we call a disease is just the endpoint of a lifelong process. That’s when the medical system comes in and diagnoses the person with a disease. But where did it all come from? To understand that, you have to look at the person’s whole life. I don’t call it a disease, I call it a process that has some features of disease. It’s not a problem to talk about it in terms of a disease, but it’s not adequate.

When we look at addiction as a physical disease, we don’t acknowledge the lived experience of the individual. The behaviors are just symptoms, they are not the core.

One emerging way of treating addiction that does seem to address the lived experience of addicts and past experiences of trauma is through psychedelic-assisted psychotherapy, specifically using ayahuasca. What has your experience been like working with addicts using ayahuasca-based treatments?

I’ve worked clinically with people with addictions employing ayahuasca. It’s not a panacea, but the results are better than encouraging. We’ve had people give up alcoholism, sex addiction, smoking addiction and cocaine addiction.

I am convinced — based on both international evidence and my own clinical experience — that if we could provide a treatment approach that was trauma-informed,that provided a safe environment with good support and adept psychotherapy, in that context, the use of some psychedelics could greatly increase our success.

The reason for this is the way psychedelics work on the brain. It’s not some sort of a trip. It changes or causes new ways of people experiencing themselves, including how they experience their brains.

The results of studies conducted so far using psychedelic-assisted psychotherapy for treating addiction are very promising. Why has it taken so long to bring psychedelics into addiction treatment? Is it because we view these substances as “drugs” in the traditional sense?

Given the North American experience [compared to traditional healing use in some South American cultures], it’s unsurprising that people would see psychedelics as a bad thing. They need to get over that and look at the total reality. While it’s true that they’ve been used as drugs, we need to look at whether it’s possible, as is the case in many cultures, that they’ve been used in the very opposite way — not just to escape reality but to become more connected to it.

When you lead ayahuasca-assisted treatments for individuals in addiction recovery, what does that look like?

I don’t lead the ayahuasca ceremonies because I’m not a shaman. In terms of setting intentions and debriefing people beforehand, and processing and integrating their experience afterward, that’s my role. It’s a great combination of uniting Western-based psychodynamics with shamanic spiritual practices. Unfortunately, there’s a lot of people out there who have ayahuasca experiences without that context, and it can be helpful or it can be very confusing and disturbing based on the context.

How have the people you’ve worked with described the ayahuasca experience?

The psychedelic experience is not necessarily a pleasant event — it can bring up a lot of pain and a lot of fear. People can experience profound emotions of fear, dread, emotional pain, confusion — all emotions that have been in them all their lives, they’ve just covered it up with various behaviors and compulsions. It just brings out whatever’s there. Psychedelic means “mind-manifesting” — it manifests whatever’s in your mind that you weren’t aware was there.

It can also bring up memories of childhood trauma, which sometimes may be accurate. Sometimes they’re a bit dream-like, it’s that the emotion comes first and then the mind makes up a story around the emotion… There’s nothing made up about the emotions, but the specifics may or may not be accurate, but it doesn’t matter. What matters is that the person as an adult can experience it in a safe and compassionate setting; they’re able to experience the pain they’ve been carrying all their lives and weren’t aware of, and then release it as a result.

Psychedelic means ‘mind-manifesting’ — it manifests whatever’s in your mind that you weren’t aware was there.

With ayahuasca, people often say it can be like 10 years of psychotherapy in one week.

What do you think it will take for psychedelic-based psychotherapies to become available for people who could potentially benefit from them?

There are studies being done now on psilocybin for end-of-life anxiety at Johns Hopkins and elsewhere that are showing very encouraging results. There have been encouraging results using MDMA for veterans and others with post-traumatic stress disorder. We know from Latin American studies the value of ayahuasca in terms of addiction, and there is encouraging work with ibogaine for opiate addiction. Within the constrictions of a system that deems these substances of no medical benefit and makes them illegal, it’s great to see how much research is being done and how much conversation is being generated in medical and psychiatric and research circles.

We’re moving forward, and that’s a great thing, especially given the severe limitations of what the current medical system can achieve in terms of addictions and post-traumatic stress disorders. Again, the issue for me is, are there effective ways of working with people’s core traumas so that they can begin to release the effects of that trauma?

This interview has been lightly edited for length and clarity. To learn more about Maté’s work, visit his website.